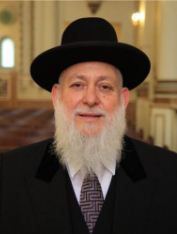 Formerly Chief Rabbi of Munich, Germany (1989-1997) and Rabbi of the Mizrachi Community in Vienna, Austria (1983-1989)
Member of the executive committee of the European Rabbinical Conference.
In 2003, Rabbi Ehrenberg co-founded the ORD (Orthodox Rabbi-Conference of Germany), an organization which goal it has been to facilitate the cooperation of German Rabbis for a continuous development of Jewish Orthodox life in Germany. Rabbi Ehrenberg served as Chairman of the ORD from its establishment until 2010.